Getting the AP Automation Elephant On Your Side 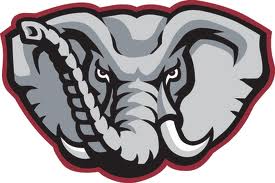 A Funny Story About Gloves...and Change

Brothers and authors, Chip & Dan Heath established a name for themselves with a fantastic business book, Made To Stick, in 2008.  In 2010, lightning struck twice with the release of Switch, which tackles the subject of affecting organizational change, especially for those who dont feel empowered to do so.  In this book, theres a fascinating story about Jon Stegner, a Global Procurement Director with a major manufacturing organization.  In this role, he knew that many of the processes that the organization embraced were dated, inefficient, and burdensome to the company and that they desperately needed transformationbut there was a little problem.  He knew that it couldnt be achieved without the lockstep support of his divisional leaders sponsoring the effort to change, and he didnt have that.

So he proceeded to do something radicalby authorizing one of his summer interns to research their procurement process in more depth, and had him focus on one tangible commoditythe humble rubber glove.  After doing some due diligence the intern came back with some staggering facts.nearly 424 unique types of rubber gloves were purchased across their divisions, and more importantly, they ranged from $3-17, and even gloves of similar nature had vastly different prices because they werent centralized in their procurement efforts.  Not only did he gather this data, but he then sawed the limb off on which he was standing when he physically assembled all the different types of gloves with sticker prices attached on the boardroom table during an executive meeting with all divisional heads present.  He then had them tour the shrine of gloves to get them to understand the implications of their situation, and in so doing got them on his side (a term which the Heath brothers called getting the Elephant on your side).  He then had the authority and the sponsorship to affect change, which is precisely what he did, for the better of his organization.

Accounts Payable Automation is not dissimilar.

Sure, the Accounts Payable Process may not be as easy to physically show the effects of a bad process in a memorable and tangible way as Stegner did, but that is no excuse to not make the case for AP automation.  In fact, its only when you perform a benchmarking exercise, which is essentially what Stegner did, that you get the ammunition you need to supply your business case.  Debating whether or not worthwhile is entirely subjective until you count the costs.  Then, and only then, do you have the basis to make an informed, intelligent decision.

Here are a few ways (entirely practical of course ;) ) to end the tyranny of paper in your AP process:

In the event any of these approaches result in disciplinary action to you or your collaborators, may we humble suggest an in depth AP benchmarking assessment?  That could be the tipping point in whether or not your bid for advanced Accounts Payable software and tools like Vendor Portal technology get heeded by your execs and ultimately implemented in your organization. Also, there are some times that it's important to not pursue automation, as indicated here.

For more information on AP Software, document process outsourcing, and Accounts Payable best practices for automation, feel free to reach out to us at CloudX.  If nothing, else you may actually find yourself laughing a little bit more, which is always a solid cure-all!