Theres been some recent coverage of the sustained rise of the Business Process Outsourcing market globally along with the impacts that the sustained growth has had upon second and third world countries where BPO services are provided.  According to industry data, global spending on BPO services is forecasted to exceed $25 Billion dollars in 2013.  The obvious reasons for this growth include the favorable cost benefits of BPO services in addition to a renewed ability for organizations to divest themselves of non-core responsibilities and instead concentrate their efforts upon focal areas.

With that said, there are additional ways by which everyone wins when you blend proven Accounts Payable automation strategies with BPO operations.

While we think adopting a cloud-based Document Process Outsourcing approach is the trend that more businesses will adopt in the next ten years, its not for everyone.  One of the issues that many business leaders take exception with a BPO/DPO approach is the risk it opens its organization up to from a network security and privacy standpoint.  However, there are many methods for securing corporate data and this is generally not a show-stopper for most businesses.

END_OF_DOCUMENT_TOKEN_TO_BE_REPLACED 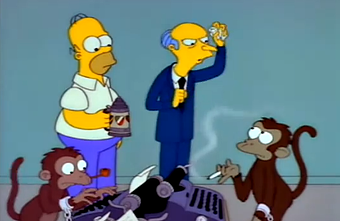 Many words have been written in recent years to discuss the merit of Accounts Payable automation initiatives.  With widely adopted practices such as invoice imaging, electronic workflow, and the adoption of Accounts Payable best practices, many Finance leaders are progressively transforming their AP operations through measured and proven strategies.  However, many of these approaches have been built around traditional technology deploymentsfor example, the typical purchase of big ticket software, whether document management software, capture software, business intelligence technology, or electronic workflow and integration technology.   All of that to say that the traditional is definitely a good start, but it leaves something lacking for many companies.   That something could be better defined as accessibility and scale.

What do I mean by that?

By default, the fact that traditional Accounts Payable software deployments require significant capital outlay and unique business resources to administer relegates the adoption of such approaches only to those companies that can spare precious resources to accommodate their projects as well as those who have the scratch to even pull the trigger on the requisition of the technology.  Translationa lot of companies get passed over because they dont have the dollars or the people necessary to justify investing in the technology.   You dont agree? Ok, well think about automating your Non-PO invoices with a workflow solution.  Doesnt every Approver or GL Coder in your organization need access to the system in order to sign off on invoices and book them to the appropriate spend categories?  Do you think that access of that nature is a freebie for anyone who wants to be on the system, when were talking about deploying from an on-premises approach.of course not!

Also, new wave technologies, especially E-invoicing add demonstrable value to the whole P2P supply chain automation discourse.  However, one of the things that made me chuckle after hearing it from a client the other day, was that after enduring the dog and pony show of  a major player in the AP automation/E-Invoicing space is that the crux of the approach being pitched to them essentially dropped the onus of vendor adoption on the laps of an already overtaxed AP staff, making the investment from a labor and outcome perspective undesirable.  Rather, the client wanted to have control over affecting immediate outcomes, as is the case when discussing typical AP software installations.  At least this way, from their perspective, with a singular focus and effort they could begin the process of converting all inbound invoice traffic, regardless of format, to a data format ingestible by their ERP to improve the process, without exposure to the risk of delayed adoption or worse no adoption.

So, whats all the hub-bub about DPO?

Document Process outsourcing is a new approach to synthesizing document management technologies with select components of outsourcing.  In most cases, its a hybrid of leveraging an external providers shared services operations in addition to their hosted technology stack.  We cover that in a deeper dive here, along with reasons why this particular approach is gaining increasing adoption.

But the big reveal of this post is really the a visual overview of the CloudX big idea as it relates to improving the Accounts Payable process.  You can check out a short Prezi to see what our approach and philosophy is towards making AP transformation a reality, especially for small and mid-sized organizations who previously not had the luxury of being able to justify investments in this arena.

If youre still unsure if traditional invoice processing automation is the way to go for you, and to investigate more vigorously the merits of E-invoicing, check out the ebook below!

END_OF_DOCUMENT_TOKEN_TO_BE_REPLACED 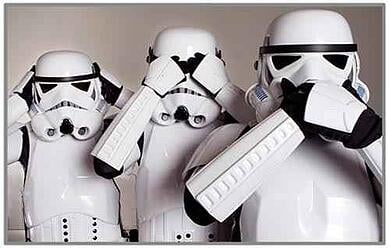 One of the most critically acclaimed World War II film productions has got to be Band of Brothers, produced by HBO in 2001 and based upon the same-titled best selling book by fabled historian Steven Ambrose.  In the initial episode, a classic prank is pulled by an entire platoon of soldiers upon their over-bearing and heartless company Captain as a means to show their disapproval of his leadership and decision making process.  One of the soldiers, Sargent Donald Malarkey, tricks Captain Sobel into thinking that Malarkey, who is unseen to Sobel in the woods, is actually his commanding officer.  Malarkey, using master impersonation skills directs Sobel to cut cow fences in order to advance the progress of his platoon much to the delight of his comrades.  In it he uses a fantastic expression to convey the fruitlessness of Sobels command decisions stating that that dog just aint gonna hunt!, and in so-doing compels him to take an action that ultimately mortifies him in the sight of his peers.  Now with that said, you really need to see it to enjoy it, but it serves a purpose for our conversation today.

Sometimes its evident as we approach systems implementations and vendor selection processes that certain dogs aint gonna hunt.   A perfect example of this just happened in the course of our conversations this week with a potential customer.  Now up to this point weve discoursed extensively with their Finance leaders and Accounts Payable staff, though when the subject Accounts Payable automation project was broached with their IT leaders, all of a sudden alarm bells start going off, which is interesting but hardly surprising.

Some of the common concerns tend to lie in a few repetitious areas:

The question is why is IT often viewed as the buzz-killer of project deployments, when they are the very linchpin in many cases for managing projects and making systems work.

To be sure proposing  Accounts  Payable software deployment is a heady subject and one that requires extensive planning and expertise to execute upon.  That being said to point #1 above, and the whole apples vs. oranges issue, in the case of our the client discussion today, it became evident that IT really had no working understanding of the intricacies of the Accounts Payable process.  Now, its understandable in their particular context, being a large hospital and as weve covered in our Healthcare eBook here, that IT spend and attention typically gets diverted to clinical systems (EHR, digital radiology, etc.) as opposed to back office.  But more to the point, there was a complete lack of awareness of invoice processing and the requisite data entry, validation, routing, and exception handling components.  Invoices are, as you well know, transactional documents that require interaction, not just some static data carrier that can just get plunked away for safe keeping.  Ironically, this type of an approach (archival) without addressing the processing issues, really doesnt improve the AP process, and actually ends up adding costs to the process.

So, as a response to this our recommendation is to always clearly define and articulate the scope of new projects along with providing compelling business cases and benchmarking studies to determine where you are prior to an initiative and thereby create a vision for the improved state.  Typically this, along with an educational component, or should we say interpretation process, can help make sure that the items in discussion are meaningful to all parties, especially those who may not have subject matter or process expertise.

To learn more about Accounts Payable best practices and whether cloud based AP software is right for you, check out the eBook below!