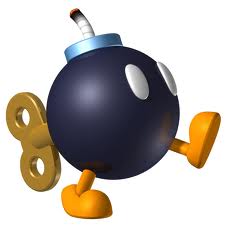 The expression adding insult to injury goes back a long timea really long time.  According to wiktionary.com, This was derived from the fables of Phaedrus in the first century AD. The story was of a bald man who swats at a fly which has just bitten him on the head, but instead hits himself on the head. The fly comments, "You wished to kill me for a touch. What will you do to yourself since you have added insult to injury".  Intriguingly, it came to use in its modern connotation during the mid-18th centurywho knew?  With respect to todays topic in the Accounts Payable process, late payment fees are akin to adding insult to injury for AP professionals.

For starters, the premise of having to take a document (sic Invoice) through a transactional process, validate it, correct it, escalate it, approve it, code it, enter it, post it, and pay it, all take time, which in most cases is your enemy.  I mean essentially, an invoice is like a walking, ticking time bomb (like Bob-ombs from  Super Mario Bros. for all you closet AP gamers out there) from the moment it is delivered by your supplier.  Your reward if you pay it early could mean a little gold coin for your firm in the form of early payment discount.  If you get it in under the wire and on time...no problem, time-bomb defused.  However, if you miss it by a dayboom goes the dynamite, and you get whacked with a nice little fee.

Now most organizations, dont have massive gaping wounds when it comes to these issues, though for many companies wanton thousands of dollars fly out the window because their process just doesnt work fast or well enough to curb these pesky issues.  Then again, theres a proverb that says Its the little foxes that spoil the vines, and we agree.  According to TAPN data, nearly 21% of invoices, according to their 2011 AP survey, are paid past payment due dates.

Yes, that Mario-ese for 'How am I going to win'?  Obviously using Accounts Payable Automation technology incorporating AP software, workflow, electronic imaging, business intelligence, and reporting is a given.

1. Capture & Index Due Dates Off Invoices

Whatever your OCR approach to invoice processing, this is a critical step.  Indexing this data will allow you to use the data in a reporting/dashboard layout to prioritize invoices for payment.  If you can see that certain invoices are nearing the deadline for payment, you can respond like Action Jackson and neutralize.

2. Create Notification Alerts For Invoices That Are Idle

Sittin on the dock of the bay mightve worked for Otis Redding, but in AP invoices that sit idly by cost cash money to the organization.  So, with that said, we recommend deploying an auto-notification process by which any invoice that is in the process queue for more than 48 hours without advancing in processing generates an automatic alert.   Basically, its like a dynamic call to action so that an invoice doesnt slip through the cracks in processing, and thereby in conjunction with point number 1 creates a way to catch outliers before they become problem-children.

Not the same premise as the gents at Urbandictionary.com (though that is funny in keeping with the gamer theme).  Weve established how to use dashboards to monitor invoices in queue by Due Date, but an important step, especially for invoices that must get to Departmental or Executive Approvers, is looking at invoices in the organization by where they are at in the workflow stage.  For instance, invoices sitting on Bobs desk, while he is sunning himself by the beach, daiquiri in hand, arent really doing you any favors.  Use a dashboard to identify who the bottlenecks are in processing and improve accountability or like Madden 93, call an audible and march onward to victory.

At CloudX we hope we keep it real enough for you to learn more about AP automation in a way thats fresh and light.  Hopefully this made you laughor cry.or both.  Either way, if youre wanting to learn more about cool gizmos like vendor portal technology, AP process improvement, Accounts Payable best practices, document process outsourcing, or how to warp in Super Mario Bros  Wii (psyche), check out the eBook below!