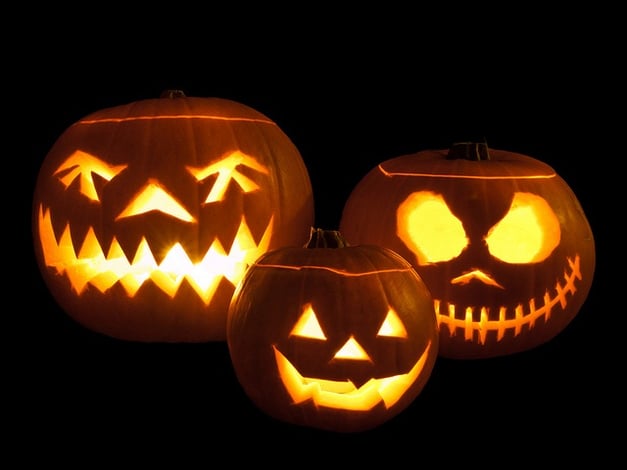 Forget Punkin Chunkin...This Is Getting Real...

Yeah, if you have kids, they’ve probably been buzzing in your ears for weeks about what costume they’re going to have this year.  Then again, if you’re a candidate for parent of the year, you might’ve been at your local retailer in the 11th hour picking through the dregs of the once vast costume array.  I mean, most kids don’t want to be a zombie pirate or Rocket the raccoon (no offense Guardians of the Galaxy, you’re just not as popular as other Marvel franchises).  Granted, certain scary costumes hold perennial appeal, but in today’s piece, it’s appropriate to look at some things which are scary, ugly, and downright noxious in the Accounts Payable process.  If this post had to have a title from a Zeppelin song, it would have been What Is and What Should Never Be.

So, in all their gory detail, here’s a shortlist of five things that are downright frightening about the Accounts Payable process.

So, hopefully, in reading this you’re not too freaked out with the horror show that is the case in most accounts payable processes.  Given the many options and means available to improve in this area, companies can turn this function into an effective, efficient machine that becomes a critical, strategic asset to the health of the organization.

END_OF_DOCUMENT_TOKEN_TO_BE_REPLACED The age we live in boasts tremendous gains in human intelligence as cited by David Russell Schilling.  In this blog article on www.industrytap.com, he posits that,

That’s an astonishing rate at which we are making quantum leaps forward in terms of our understanding and discovery of things.  However, in the case of how we communicate and interface data within the context of our work lives, the quantum leaps forward in advanced fields like nano-technology and the bio-sciences are not the standard in other core areas of the business realm.  To put it bluntly, we are often reliant upon antiquated means of processing information.  In the world of transactional document processing, we see major dependence on a combination of human intelligence  and physical data entry to convey document based data.

Information entry into critical back end, or front end systems that drive business processes forward, can often have error rates in excess of 3% in traditional scenarios, like Accounts Payable or Sales Order Processing, this can contribute to all kinds of problems, whether from over or under payment or incorrect order placement.  In extreme scenarios it can lead to much more harrowing scenarios like this one, entailing a rapid descent in altitude on a commercial flight, whose flight systems were dictated by user entry of the navigation and flightpath system.

Data entry is only as effective as the operator who is doing the entry.  Human resources have physical limitations and can’t scale to match the velocity at which sophisticated Optical Character recognition technology can capture and extract character data.  Ultimately, slower processing has a direct proportional impact on the cost to process said documents, which ties into the next point.

Data Entry is a costly proposition, especially if you operate in any first-world country.  The obvious solution to this equation has been the rise of outsourcing, though that has its own set of complexities to include linguistic barriers, infrastructure stability, time zone constraints, and cultural differences.  However, despite those factors, the off-shoring model for tasks like data entry have gained significant traction and become booming markets in countries like India, the Philippines, and even China.

Another complexity of data entry is misinterpretation of data from its source information.  This can often transpire as syntax errors, or simple transpositions in things like dynamic assignment of data field naming conventions based upon the subjective discretion of the individual operator, which can create all types of indexing and continued processing issues.  Such is the reasoning for the adage, garbage in, garbage out in terms of computer (and data) processing.

Certainly there are advantages to capable data conversion technology like OCR, but it is a challenging technology to deploy in most scenarios because it is costly and requires intense technical management in an on-going capacity.  For these two reasons, many organizations that have looked at bringing this type of technology in because of the demonstrated benefits, have simultaneously shied away from committing to the necessary investment, because in most cases it is not justifiable.

To that end, the continued desire to improve operations, and interest in ways to boost productivity, and reduce processing costs, will result in more companies moving to document process outsourcing providers.  More than just a traditional business process outsourcing arrangement, many companies will want to gain the efficiencies afforded by advanced technology, but will want to retain critical control over their core processes.  In a sense it is a hybridization of the success of traditional BPO practices and the addition of both advanced technology and web-based, scalable software that enable companies that would otherwise not be able to obtain the technology and process improvements outside of the transactional arrangement.