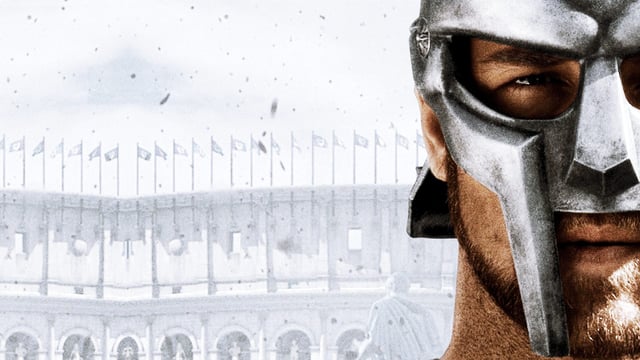 Everything we hear is an opinion, not a fact. Everything we see is a perspective, not the truth.  - Marcus Aurelius


If you don’t know who Marcus Aurelius is, we don’t blame you.  He lived a while back, like just about 2,000 years ago, but if you’ve seen Gladiator, at least you’ve seen Hollywood’s take on the man.  Not bad if I might add, and one that was at a minimum entertaining and eye opening to say the least.  But what does this have to do with eInvoicing and Accounts Payable automation…?  Well nothing, and everything, if you take the quote above in context.


In today’s crowded Accounts Payable process improvement market there are numerous opinions and approaches vying for attention and adoption.  Each stands on its own merits, but ultimately metrics around adoption tend to tell a clear picture.  For some reason, eInvoicing, despite its advanced features and efficiency still lags far behindtraditional AP automation even after years of promotion.  According to Invoice Receipt Management by Paystream Advisors in 2015, eInvoicing adoption is lagging significantly behind traditional front end OCR capture processing scenarios.

While the chart suggests that eInvoicing as a trend could increase in the future, it’s at a statistically similar pace to front-end imaging and OCR capture.  We believe that it is unlikely for this trend to materialize because people are abhorrent to change.  Essentially eInvoicing, despite its technical advantages, is a complete bear to deploy.  It is expensive, time consuming, and an enigma to many suppliers who will need to interact with it.  Left to their own devices, people are averse to change.  That’s why in the countries where this methodology has flourished, it has always taken some kind of centralized governance initiative by the federal government to force adoption.  Unfortunately, for those in the west, this is not going to happen any time soon, especially in the wake of the deregulation trends of the Trump administration.

This is not inherently a bad thing either.


From our perspective Accounts Payable automation leveraging dynamic front-end invoice capture and data validation represents the most flexible way to ingest invoices of all formats and get high rates of data accuracy and efficient throughput.  Once you’ve got invoices in and converted to data, you have to harness intelligent workflows, and reverse lookup matching capabilities to get rid of manual process, whether traditional approval processes or all the manual matching that has to occur for PO based invoices.  Then you’ve got dynamic data release to the back end system where the transactions will reside and ultimately invoke payment.  Now, we get that the approach has been around for some time and isn’t necessarily the newest tech on the block, but why fix what isn’t broken?


In fact, if you’re savvy and you start connecting an automated ePayments approach, you can monetize the process quite a bit, leverage the cash returns to fund automation, improve and optimize the process for more gains (ie. early payment discount capture) and achieve maximum process value.


The key from our perspective is harnessing the delivery infrastructure in the cloud instead of the older method of deploying everything onsite.  Fewer businesses today are interested in maintaining additional systems in house on servers because it requires capital investment and administration, which just ties up human resources and cash.


So, in wrapping it up, it’s not that eInvoicing is inferior to Accounts Payable automation, it’s just that it has so many more barriers to adoption and nothing pushing it forward from a mandate standpoint.  In other words, if you can streamline your process by upwards of 80%, monetize it and flip it from a cost center to a profit center that is tied in tightly to your Treasury function, have immediate visibility to anything in your system, and do all this without having to solicit your vendor base and force your AP team into a quasi sales/evangelism role, why wouldn’t you?

END_OF_DOCUMENT_TOKEN_TO_BE_REPLACED

Is OCR right for my Accounts Payable process? 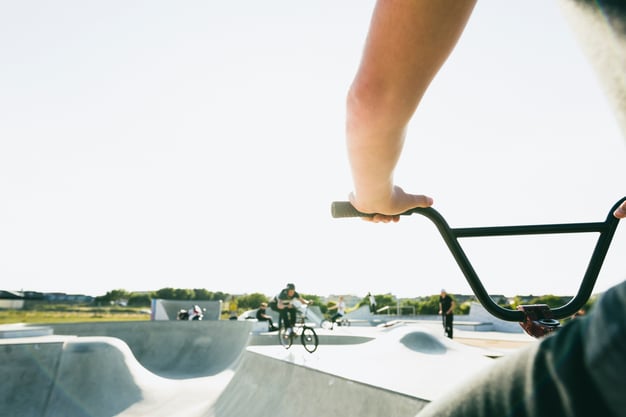 What's the best line for your next ride?


An all too common question that we get from people who are looking at automating their processes is does it make sense for me to deploy such and such a technology? In this case OCR is the item in question.  OCR stands for optical character recognition, and believe it or not, is not some new-fangled thing, but rather a technology which has been around for decades.  It is admittedly not the sexiest of technologies on the planet and thus not exactly one which will be causing legions of fans to go swooning over it at the Javits Center anytime soon, however it does portend significant commercial value for those with the insight and skill to leverage its capabilities in the right way.


How does OCR work?


OCR essentially recognizes data at a character level through a variety of advanced technologies that allows it to compare the character in question to a known library of characters.  Because it stems from a language codex, OCR is offered numerous languages, though some OCR engines perform these conversions on a more industrial and positive basis.  OCR has a few ways of looking through a document for data.  In older, outmoded scenarios of OCR document templates would need to be created and the areas on the page where the relevant data resides would have to be defined.  In this way, you could extract information on an automated basis, but in a way that necessitated deep and ongoing user involvement, especially as it relates to invoice processing.  Whereas schools the world over use Scantron technology (which is an OMR - optical mark recognition system) to facilitate rapid and accurate processing of multiple choice test data, OCR goes a level beyond to actually pick up character strings in the defined areas.  With that said, the complexity of the accounts payable process piles on additional burdens to managing the OCR process because a vendor can change its invoice template at any given time, necessitating a new template creation or augmentation for this older method of OCR.  This just translates to process delay and issues.


Additionally, managing OCR is not exactly a set of technological expertise that is profuse.  Because of this it is difficult to find and train true experts on the technology as most of the people who have expertise in it are either employees (current or former) on the technology development side of the big OCR software providers.  In fact, we have literally seen scenarios where overzealous IT newcomers who have stepped in to help existing OCR deployments do irreparable harm to their businesses by changing logic and adaptations that had been enacted by previous OCR administrators. Tsk tsk tsk.


Who is OCR right for?


Well the question there depends largely on the transactional value of the documents that you are considering having to OCR?  If for instance you are a part of a multi-billion dollar a year concern and are doing tens of thousands of transactions across a small set of vendors, there may be other avenues to consider...EDI, eInvoicing, etc that may provide you better control and procurement / payment benefits.  However, if you’re a mid-sized company that doesn’t have the deep financial or personnel resources of an enterprise level account, then OCR may be a fantastic fit for you.  Alternatively if you’re a micro-business, OCR could be overkill from an ROI standpoint.


It really depends on the number of transactions you’re touching on a daily basis and the amount of pain, redundancy and time that they are costing you.  One key thing to remember is that you never want to go fly-swatting with a chainsaw, because there will be some damage for sure.  In other words, find the appropriate tool to match your level of business issue / priority.


In the case of OCR we find a real sweet spot for mid to large sized businesses that for whatever reason, may not have automated their processes yet, but want to do so in an economically viable way.  An additional thing to consider is who is managing the OCR process? Because talent is a tricky thing to acquire and retain, we’re of the mindset that if you can divest yourself of having to administer the OCR solution and instead have a dedicated team run it as a service to you, that’s generally a shorter path to glory than building it from the ground up, however again that needs to be evaluated on an objective basis per scenario.


One thing is sure as well.  OCR isn’t going to be obviated by newer technologies in the Accounts Payable arena like eInvoicing or EDI either.  The reason being is that these other approaches require massive effort to onboard vendors, and in many cases you’ll never get to 100% because smaller suppliers who have niche products may not be capable of executing or be even willing to enroll in either of these services.  As such, there will always be some level of paper or paper formatted digital document (pdf) that enters the Accounts Payable process and will require interaction.


So, if you need assistance in determining whether OCR makes sense for you it might make sense to run through a rapid assessment of your AP process, which you can do here, gratis!


That being said, it still may be a technology that is out of reach for companies who can’t allocate the personnel resources or capital investment required to bring it in house.  As such, a better approach may be a software-as-a-service or BPO approach, assuming that makes sense (though this is typically more favorable for large entities with high volume processes).  This is something you’ll need to evaluate for yourself, but if having it in the cloud and performed as  a service sounds appealing then you might like this!


So, there’s no universal guarantee that OCR will make your wildest dreams come true or that it is perfect for your business, but if at some level you’re AP staff are contending with data entry, manual validation and workflows, then it could be the key to unlocking high levels of automation.