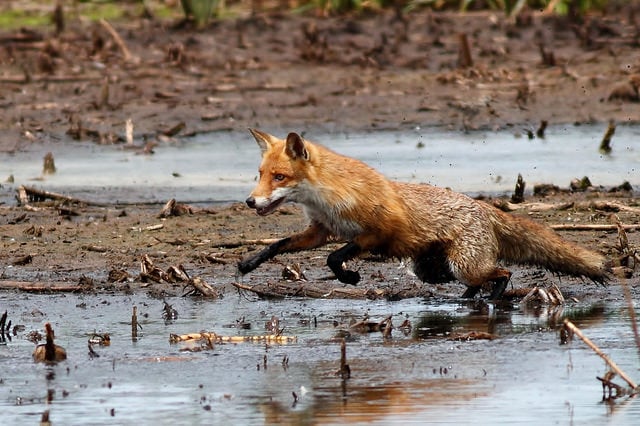 I remember learning how to type in high school nearly 20 years ago.  Our witty, sarcastic, wiry Irish teacher, Mr. Murphy, would put us through the paces in daily drills, and one of his favorite sentences to have our type to his dictation was “The quick brown fox jumped over the lazy dogs.”  That, and “Now is the time for all good men to come to the party's aid.”  I feel like in addressing the matter at hand, I want to attempt to be that good man, at least for the sake of the automation industry and for those who stand on the outside looking in, wondering what all the fuss is about.


I want to run through the primary reasons why companies have not pursued AP automation.  Granted that I’m biased and I think that pretty much all companies can and should pursue AP automation to streamline the process, reduce costs, drive efficiency, mitigate risk, create visibility and process accountability, and lay the foundation for monetizing the process.  All of those notwithstanding, there are at least 50-60% of companies that have done little to nothing by way of automation.

Do I think things will stay that way?


In a word, no.  It’s impossible when you consider how prevalent automation and robotics systems are becoming (though there is a considerable disruption in the traditional business process outsourcing space, as we see the model evolving to a document process outsourcing approach).  Consider some of the outrageous ideas that are being put forth in the B2C marketplace as you read this.  Amazon is patenting a drone/blimp mothership delivery process.  Volvo is releasing its first 100 autonomous driving XC90s.  Budweiser has already delivered its inaugural 18-wheeler load of beer in an autonomous truck.  AI devices/interfaces like Amazon Echo, Apple’s Siri, and Google Home are all positioned to be commonplace for fetching basic information and will increasingly do more complex things.  Automation is all around us, and it’s here to stay.  At some point, the innovations and expectations for automation will push us over the line, and folks in the financial back office will expect the same level of convenience afforded them in their personal lives.

So, if there’s all this momentum in our personal lives and the B2C sector, what gives with B2B adoption?

Lack of ROI justification. This reason predominantly concerns how AP automation software has been traditionally deployed.  You see, to have a compelling automation story, you need several technologies to make this happen.  Optical Character Recognition, Electronic Workflow, Electronic Document Management, a Business Rules Engine, and dynamic integration are the bedrock components.  That’s not to mention additional value-added items like Audit tools, vendor portals, ePayment invocation, discount capture tools, and others.  The bottom line here is that the first set of four, if needed to be installed and managed locally, will set you back way upwards of six figures, even approaching half a million dollars, depending on the size and scope of the organization implementation.  Further, to add insult to injury, you’ll need a cadre of IT staff to maintain that system, much of which is oddball technology.  As such, with such a hefty price tag, many companies will take years to recoup their initial investment, which is why many of these attempts to research automation have died on the table of CFOs all over the world.

The good news here is that if that is a scenario you’ve encountered, things have changed quite a bit due to cloud delivery and hybrid service providers that enable you to retain the process but with the full array of automation tools doing 85% of the work.

Lack of vision. Some companies are content with living in the status quo.  They are not wowed by automation or its benefits or business advantages and are content to go with the flow, even if their process is decades old and costs them in various ways.  It’s too bad because, with automation and some of the innovation around payments, you can flip the script on it being a cost boondoggle and turn it into a back-office profit machine for your organization if you have the vision and fortitude to venture forward.  I would go so far as to say that organizations that lack the vision to see a better future or at least investigate for themselves what is possible that it ultimately falls back to ineffective leadership.  “As the head goes, so goes the body,” as they say.  This is a tricky one to cure because so much of it centers around who is driving the bus in your business.

Lack of awareness. This is a fun one to discuss because I never tire of talking with Controllers and CFOs who didn’t realize that in terms of AP automation and ePayments, it’s possible to have your cake and eat it too, and then have more cakes sent to you and your friends.  When you start to discuss a relational, symbiotic process of a highly efficient and streamlined AP process coupled with dynamic virtual card / ACH payment invocation, and the cash rebate stream you can generate with this approach, coupled with the process savings you get from automation, they’re blown away.  I’ve seen them on more than one occasion utter something like ‘this can’t be possible or ‘this is too good to be true.  It’s fun, and it’s even more fun when they aren’t aware of this integrated, holistic, and hyper-impactful approach.  It’s also an easy one to cure once you start providing compelling case studies and making reference calls available.  For those who have gone down this automation path, especially for payments tied to AP automation, their mirth is infectious, and other Finance executives feed on it.