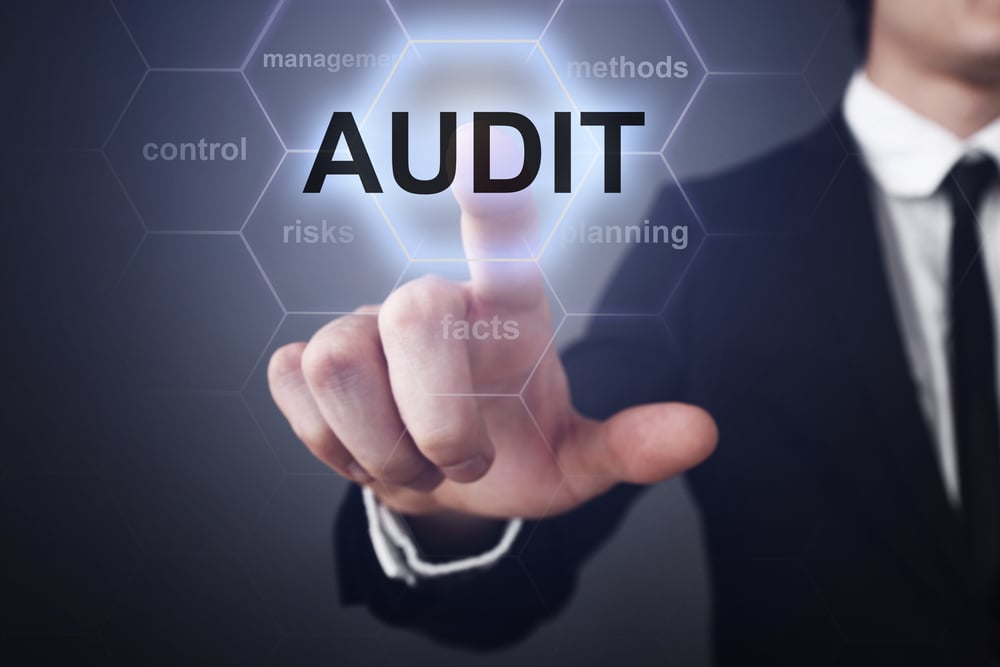 Let’s face it...some things you have to go through that are just...the worst.

It’s part of life.  Anyone who has ever taken a kid with a sore throat to the doctor’s office for a throat culture knows the pain that awaits all in the room.  Similarly, accounts payable audits can cause the most resolute of people to experience panic attacks. ow obviously we jest, but accounts payable audits are no joke.  So it’s our goal today to explore the most common types of AP audits, some common challenges that most accounts payable organizations face when preparing for and undergoing them, and ways you can improve your readiness for them as you build the strength of your AP department.  Let’s dive in.

The most common types of Accounts Payable audits:

hen it comes to audits there are quite a few different types of audits that can be invoked in most business though their scope, with respect to accounts payable, generally narrows in focus to a few types.  If you want a more exhaustive list of the full gamut of audits, check this article out.

Internally, companies can and should choose to run periodic audits to review departmental performance, controls, and accuracy in journaling expenses and getting vendors paid.  These can range from fairly informal exercises to more rigorous audit practices depending on the size and complexity of the company undertaking it. Generally speaking, the more robust the company (from a revenue perspective) the higher the likelihood there will be a more substantial audit process that unfolds.

Externally, there are several types of audits that can occur that we typically see.

Often businesses will contract their external accounting firms to run financial audits which essentially are health-checks on the performance of the business in the light of looking at the books.  These can be somewhat comprehensive and cover all areas of the business including accounts payable, accounts receivable and the balance sheet as a whole. Often, the way this manifests for the accounts payable department is that external auditors will work directly with departmental leadership to analyze specific or randomly chosen accounts for review.  In the case of accounts payable it’s common to see auditors home in on a specific vendor account and then select the invoices in question for a period of time to see how certain diagnostics are functioning, namely, how and why was an invoice approved (or not) and paid (or short paid or not paid). Deeper questions can move into the requisitioning process behind said invoice or a look into supporting documentation around the decision to approve (or reject) the payable.  This can easily get into tangential areas like the purchase order, the receiver document that supports the invoice, and the general ledger coding effort and / or the departmental approver(s) that are involved in approving the invoice decision from an authority standpoint.

Many different things can be audited by looking at the document trail, but in essence an auditor is looking to establish and verify the logic of why a decision was rendered and were sound financial controls in place when the invoice was approved and can the decision be backed up with documentation so that it wasn’t solely a subjective approval exercise...fun stuff!

For starters, many businesses undergo a sales (or sales and use) tax audit periodically.  This is essentially an audit to ensure that the correct amount of sales tax funds are being assessed to the company’s client base though this is more generally centered on the accounts receivable side of the business than accounts payable.  Nonetheless, tax audits are essentially an accounting and reconciliation of the tax collection responsibilities of the business. In other words, Caesar wants to make sure he’s getting his slice of the pie and that tax is being collected and rendered to Caesar in accordance with the tax withholdings of the state in which the business being audited is operating in.  Obviously another component of tax audits is that the business can be assessed for it’s total tax obligation in the light of expenses vs. revenues. AP invoices therefore can directly be associated with the expense obligations of a business and thus relate back to the overall compliance with tax guidelines.

In either of these scenarios, whether a Financial or a Tax Audit, the accounts payable organization is on the hook for being able to produce troves of documentation around the payables themselves and the decision tree in how a payable was addressed, and equally importantly why.

The sticky part about AP audits is that they involve time and effort.  The other thing that is worth noting is that audits often tie up key personnel resources from focusing on their primary responsibilities as it relates to AP.  Where most AP managers and employees are content to work on processing invoices, whether through an automated system or manually, having to be pulled off focus into supporting the auditors.  This generally involves pulling paid invoices and any supporting documentation that was involved in the procurement, matching, or approval processes. We spoke to this a little earlier in the brief, but ultimately an auditor needs to assess the document chain for authenticity, accuracy, and adherence to controls.  This isn’t too difficult if you’ve been wise enough to pursue accounts payable automation and you have a shiny new electronic document management system as a core piece of infrastructure within your process. However, woe be unto you if you’re processing invoices manually! This means finding archived files and making copies and providing those to the auditors...essentially functioning as their shadow and getting them everything they need, which definitely gets in the way of doing your 9-5.

Other challenges that stem from accounts payable audits is the grim reality of what the audit uncovers.

In most cases there is typically an adhered to set of controls or procedures that have been followed to come to a decision on approving and coding an invoice or expense item.  However, if you happen to be undergoing an audit and come up short with respect to the thought process or the controls that the audit trail reveals you could be in for some sobering if not painful conversations about how that happened.  Then again, that’s essentially the function of the auditor, to uncover in a somewhat macabre fashion an autopsy of the transaction. So, one must ask rather than find out the hard way about what’s wrong with a certain transaction, what one can do to avoid the instance of confusion or lack of controls?

We would suggest that the best way to gain mastery over the process so as to avoid issues within the accounts payable audit cycle would be the following:

While this is an easy list to draft in a blog format, the reality of bringing this vision to bear is obviously going to be a broader labor of love...nonetheless it’s something that will provide immediate and ongoing practical and strategic benefits to your business.

One of the other key terms you’re likely to hear when any discourse about an accounts payable audit comes to the fore is the definition of standard operating procedures.  Obviously, absents SOPs you’ll have processes that can derail or flex at the whim of an individual actor’s discretion, which is nonideal. So, with that said if you haven’t taken the time to establish your SOPs for your business, it would be a good idea to draft the rules and processes that you want to govern the process.  In many cases the logical way to do this is by creating an org chart with leadership roles / functions and roll-ups. Further, establishing clear process flows and the juncture points where there may need to be triage for invoices and expenses that are less clear would be key.

This kind of foresight paves the way for a smoother and more efficient process and one that will invariably have less issues and significant events when it comes time for your AP audit.

One of the positive aspects of accounts payable audits is that they can be used to examine scenarios where the potential for fraud exists.  Unfortunately it’s been proven time and again that where there are gaps and lack of controls over financial processes that inevitably some maleficent stakeholder in a process will find a means by which they can exploit AP’s ability to process payments to skim for themselves off the top.  One need not search too far to find many scenarios of improper financial dealings and embezzlement and it’s a bit of a shame that it still occurs, but it’s really just reflective of the fallen state of the human heart and a process that doesn’t have tight controls enacted.

AP audits can be used to isolate sketchy payment approval scenarios or recurring patterns of approval or even payments within a tight threshold of an approvers maximum amount.  Often times would be ne’er do wells would grow in their hubris to be able to exploit their schemes with impunity due to lack of visibility into a process or their perceived ability to skirt controls.  In some cases they will pass invoices through just under the maximum capacity that an approver can affirm and in so doing stay under the radar of secondary or tertiary approvers and in so doing not create any suspicion about their actions.  Typically this kind of scheme involves the complicity of an external 3rd party such as one who could receive and cash said checks. Audits can be used to identify recurring type approvals like this and equally importantly be used as a measure to make sure there is a firm grip on approved vendors for most businesses.  Also, having secondary levels of control and oversight to all things financial is a key deterrent to such power-vacuums and creates transparency which typically leads upward.

So, with that said, accounts payable audits are not necessarily the most fun or earth-shattering activity under the sun.  However, much like an annual physical they are things that are proactive and typically helpful to the long term health of the patient or in this case business.  If you’re actively looking for ways to improve how audits go in your business reference the points above or check out our other posts on accounts payable automation with respect to visibility to get deeper insight into how much of a difference an electronic and optimized process can make for you.