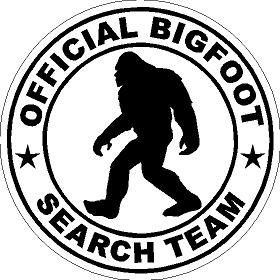 I Want To Believe...

With today’s brief, we want to address three key myths that surround Accounts Payable automation. Given that our mission is to help businesses of all sizes to realize the benefits of efficient and automated document processing, the points we’re going to make shouldn’t really come as a surprise. With that said, we wanted to dispel these myths that exists concerning suppositions about AP automation, so let’s begin!

While this may be a certainty if you’re deploying software locally, it’s not the case if you’re harnessing the power of a cloud-based delivery method. In fact, without having the up front burden and requisite capital investment that it takes to cover server hardware and software licenses, you can get the same or even better impacts from SaaS technology that comes with a price tag that is either transactional or a fraction of the cost of the deployed method.

We certainly won’t debate the fact that there are associated costs with deploying an automation approach of any kind, but the premise of either approach is that the juice from the automation will be worth the proverbial squeeze. This is why prior to any type of AP automation deployment should involve some kind of pre and post automation benchmarking and forecasting so you know exactly what you stand to gain and lose. The other truth that needs to be considered is the cost of doing nothing. For many businesses, inefficiency, poor visibility, and inability to hit process timeline deliverables (due dates, discount dates, etc) translates into numerous costs that bleed an organization.  But is not automating even really an option considering the muck and mire that is manual AP?

While this could be said of certain approaches, especially e-invoicing in our opinion, it is not necessarily true of all. Granted, deployment times vary for businesses of different size and scope, but in most cases AP automation can be realized in many businesses within a 3-6 month window. For most businesses engaging a typical AP automation approach, you can break down the major blocks of focus into a few categories: image conversion (advanced optical character recognition), workflow and business rules execution, integration and reporting. Going from zero to sixty so to speak, can be daunting especially if you have no track record of deploying these types of systems prior. Typically, systems like OCR and business intelligence or workflow management require lots of IT time to set up and additional time monitor on an ongoing basis. Because of that alone, many well-meaning organizations shy away from the effort required to automate.

However, by partnering with capable vendors or BPO type providers in this space, you can generally automate manual processes and deploy these types of approaches without having to reinvent the wheel and come up with all the answers on your own. In other words, as Sir Isaac Newton famously pointed out you can stand on the shoulders of giants to see (and go) further.

Accounts Payable automation is only for the largest companies.

It’s most certainly not that anymore by a long shot. It did used to be that because AP automation essentially meant having to have a big budget allocated or deep stacks of IT personnel that were able to support the cause, but in truth, with the numerous partnership channels and the SaaS delivery model, it’s for businesses of all size. Further, for the providers that have integrated payments as an ancillary offering, the monetization piece of the puzzle is something that scales both down and up. Essentially then whether you’re big or small you’ll still get the same relative bang for the effort and therefore it’s not something that should be brushed aside because the notion of it seems beyond reach.

Well, the good news is that none of these barriers are impediments to AP automation for businesses of any size, so you can be liberated to pursue automation like you've always wanted!

Check out the ebook below to learn how to maximize the value of Accounts Payable to your business!