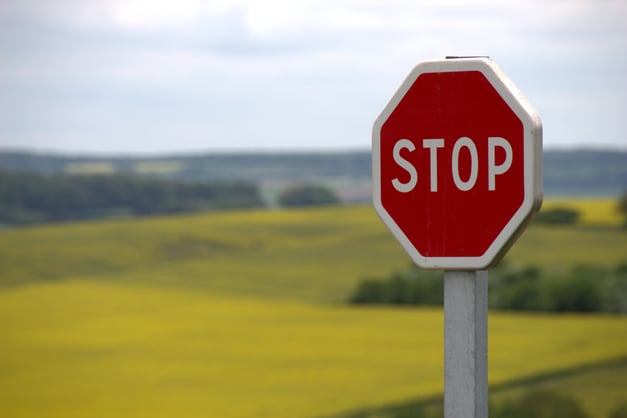 Sometimes You Have To Deal With The Ugly Things

One might think that by virtue of us living in the modern age, that we’d be past many of the uglier parts of society that rear their head now and again.  In particular things like fraud or schemes to make oneself rich at the expense of a business or other organization.  Unfortunately as it says in the good book, “there’s nothing new under the sun” and “the heart of man is desperately sick”.  So, while we don’t relish covering this area of enterprise, it is something necessary to revisit every now and again and after having read this little ditty over here, we thought we’d chime in with a solution that might be meaningful to Finance and Accounting leaders who are looking out for their organization’s best interests.  While there are certainly are some gems to glean from the referenced article, suffice it to say that most businesses stink at ensuring proper controls and safeguards are in place over their invoice processing function that would stop the existence of accounts payable fraud in their process.


Not surprisingly there are numerous ways that technology can assist in bringing fraud instances to a screeching halt.

1.  Basic Data Checks - Unless you are freed from being perpetually pinned to the mat (so to speak) by data entry, you’re going to be at a bit of a loss here.  The premise that we’re getting at is that you really need to use your data to it’s fullest effect.  Essentially, data is viewed in a manual invoice processing environment as something that must be crunched just to keep the process churning, and while that’s fine (if you have a low standard for ‘fine’), it doesn’t help you when it comes to leveraging the data to perform additional checks.  In the case of manual, all these data checks would just equate to more human process which is most likely why so few organizations do anything proactive.  It’s hard enough for most AP departments to keep their head above water with what’s on their plate already.  So, if you have solid accounts payable software with some advanced business intelligence capabilities you can automate validation mechanisms to look for something as basic as an invoice containing a certain invoice number, certain vendor, and total amount.  By evaluating previously processed invoices for those three criteria you can eliminate duplicates and prevent some instances of fraud, and that’s just one example.  There are many ways to slice and dice the data from your process and latent within your invoices to optimize business outcomes and secure your business.

2.  Escalation - Again one of the implicit assumptions here is that you’re using some kind of workflow technology.  If you’re in a manual processing scenario, it’s almost an ‘exit stage left’ moment, because you don’t have this working in your favor.  Again, to the point, this is where accounts payable software can absolutely make or break you, especially for the wise ones tapping into dynamic workflow capabilities layered with advanced business rules.  By ascribing your business rules to run the workflow automation you can enforce approvals and signing authority for high dollar invoices.  At a minimum this thereby introduces a secondary level of approval and can eliminate the potential for inauthentic invoices of high worth to make it through the process.

3.  Address Validation - While this point is a hybrid of both sound vendor master data management and dynamic data parsing it should drive home the potency of accounts payable software working on your behalf to both streamline and settle your process from potential inconsistencies.  Essentially, any invoice that comes in from a certain vendor can and should be bounced against your vendor master data to ensure that a valid vendor hasn’t been assigned a bogus address by some would be saboteur.


Ok, that’s it for today.  Short and sweet and evident of the high capabilities to drive tangible value back to your accounts payable process.


If you want more intel on how to really juice your accounts payable process for all it’s worth then dig into the e-book below...you’ll love it!

END_OF_DOCUMENT_TOKEN_TO_BE_REPLACED 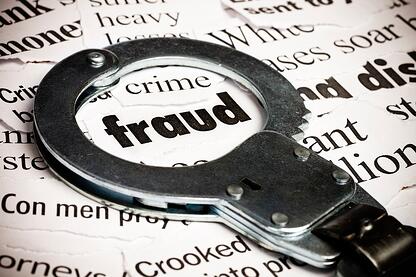 Payment Fraud is going down but...

Recent statistics from the AFP (Association for Financial Professionals) indicates that vendor fraud, on the whole, is down in the United States in recent years, but that notwithstanding, nearly 61% of US based businesses have either been victims of vendor fraud or had vendor fraud attempted upon them.  Other data from the AFP suggests that nearly $60 Billion dollars a year goes down the corporate tubes by way of payment and vendor fraud schemes.  With that said, its obvious that any responsible Chief Financial Officers, Controllers, Treasurers, and Accounting Officers are interested in deploying solutions that help identify and isolate fraud instances to safeguard their organizations.  The fact is that many tools that are being leveraged among other pursuits like Accounts Payable automation or P2P initiatives include some level of duplicate payment detection and other precautions.

Payment Fraud Comes In A Variety of Shapes And Sizes

There are several ways that fraudsters perpetrate their crimes upon unsuspecting organizations.

Occupational  - In the most egregious way, this is typically done when an internal member of the organization betrays his/her organization and commits some form of payment related scheme.  In a recent high profile business, case, the former chief merchandising officer at Aeropostale was recently convicted of just such a crime, directing as much as $300 Million dollars of spend to a company that was owned by a friend.  In the process, he padded his wallet with an additional $25 million  dollars by way of forcing Aeropostale to overpay for materials costs and not allowing fair competition for materials sourcing.

High-technology  In more brazen corporate hacking scenarios, fraudsters attempt to perpetrate fraud against organizations by direct hacks or malware attacks.  Either way, cybersecurity has become a paramount issue in the highly network and digital economy we have today, ensuring that critical payment related information does not get falsified or exposed.

Invoice Fraud  And much more central to this particular post, invoice fraud can occur intentionally when a false vendor submits an invoice for payment.  Duplicate payments, perhaps originated by redundant invoice submission, and in most cases, accidentally, are also a cause for wasted spend, though these are typically unintentional.

How do Accounts Payable automation technologies help curb these?

There are a few primary ways that Accounts Payable automation solutions can help protect you from exposure to payment fraud schemes and they are:

1.  Reduction of Errant Payments  When converting invoices into raw data, especially using an OCR process, one of the fundamental underpinnings is that the field data native to the invoice becomes malleable.  This data is indexed into the varying fields necessary to drive the invoice transaction forward, and as such, can be used or cross referenced using triggers to identify potential payment threats.  For example, one of the first areas that will be referenced when using an Accounts Payable automation solution is a reverse lookup to Vendor Master file info.  Weeding out fake or new vendors is key, and alerting the appropriate staff to changes in Vendor data on an invoice can also indicate legitimate changes or potentially fraudulent ones, especially involving Remit To addresses.

2.  Reduction of Duplicate Payments  By leveraging invoice data utilizing multiple data fields as triggers you can have your Accounts Payable automation solution quickly cross reference invoice numbers by vendor, within date ranges, and amounts.  Using these three lookups as well as PO data, you can often catch duplicate payments before they are made and dollars are squandered.

3.  Identifying Invoices Within 1-5% of An Approvers Max Threshold  If invoice fraud is occurring, it generally involves someone on the inside of the organization and an outside collaborator.  That said, in these situations most of the perpetrators know the extent to which they can fleece a company out of money without setting alarm bells of and as such, will run up their false invoices to within a high percentage of the approval threshold that the internal fraudster can authorize.  By running the invoices in an Approval workflow against a business intelligence and dashboarding/reporting exercise, you can identify who has a disproportionately high number of invoices flowing out to particular vendors, and investigate internally.

The key take-away is that Accounts Payable automation technology is by no means a cure all for vendor payment fraud issues, but can be used as a tool to mitigate many instances of fraud and serve to provide better controls adherence and visibility to key Financial Managers and Officers for organizations, thereby making them safer than they were in the past.

END_OF_DOCUMENT_TOKEN_TO_BE_REPLACED

Theres been some recent coverage of the sustained rise of the Business Process Outsourcing market globally along with the impacts that the sustained growth has had upon second and third world countries where BPO services are provided.  According to industry data, global spending on BPO services is forecasted to exceed $25 Billion dollars in 2013.  The obvious reasons for this growth include the favorable cost benefits of BPO services in addition to a renewed ability for organizations to divest themselves of non-core responsibilities and instead concentrate their efforts upon focal areas.

With that said, there are additional ways by which everyone wins when you blend proven Accounts Payable automation strategies with BPO operations.

While we think adopting a cloud-based Document Process Outsourcing approach is the trend that more businesses will adopt in the next ten years, its not for everyone.  One of the issues that many business leaders take exception with a BPO/DPO approach is the risk it opens its organization up to from a network security and privacy standpoint.  However, there are many methods for securing corporate data and this is generally not a show-stopper for most businesses.